Join sex coaches Allie and Scarlet live (starting Sept 10, 2013) Tuesday nights from 6:30 – 7 pm ET on Blogtalkradio as they talk about sexy subjects, answer questions on sex and romance, and hand out tips to improve the quality of your sex life.

Have a sex question to ask Allie or Scarlet? Submit your question below for FREE! No names are released on the air.

ALLIE: Allie Theiss sex and love coach as well as an intuitive counselor and a 6th generation intuitive. Her coaching style integrates the body with the mind, soul and emotions. Think of it as traditional coaching with a metaphysical twist! She is the creator of Out of Body Ecstasy which is a personal energy method using dreams, astral travel or telepathy, to enhance your romantic life no matter if you are in a relationship or flying solo.

SCARLET: Scarlet has always been fascinated by sex. So much so that in her early 20’s she 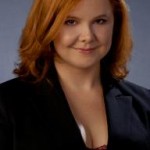 entered the sex industry as a call girl. Scarlet spent over a decade helping others to experience pleasure and she loved it! Knowing that she’d helped them relieve some stress, live a fantasy, learn a new technique, or simply provided them with necessary human touch and connection was tremendously satisfying to her. Scarlet believed so strongly in what she was doing that she became a Sex Workers’ Rights Activist working for the decriminalization of prostitution. She was featured in an ABC documentary called Sex, Drugs, and Consenting Adults as well as an MTV documentary called Sex 2K: Escorts. Scarlet was also interviewed numerous times on the local news, radio, and newspaper. She even was sought out to be a guest lecturer for both GA State University and Emory University.[/fusion_builder_column][/fusion_builder_row][/fusion_builder_container]